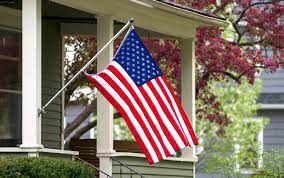 How to Properly Fly the American Flag

By: Rebecca Duncan
In: Home

The American flag is more than just a piece of fabric. It represents our country’s heritage and principles. When done correctly, it shows respect for those who have fought for our freedom. There are several rules for flying the flag, but reverence and respect are the most important.

The flag must always be handled with care. It should never be allowed to touch the ground, nor should it become torn or faded. When flying at night, it should be illuminated by a spotlight. When flying alongside other flags, the American flag should be higher and in the center. Furthermore, it should be lowered last and raised last.

The American flag can be flown in a number of different ways, but it should always be treated with respect. By doing so, we pay tribute to those who have given so much to our country.

Here are some guidelines to follow to ensure that you honor and respect our country’s flag, whether you buy a flagpole kit to display it on your car, have a flagpole installed in your front yard, or want to display it at work.

How to Display a Flag on Your Car

The American flag symbolizes nationalism and patriotism. If you decide to fly the flag on your car, there are some rules you should follow. The flag should be made of weather-resistant, long-lasting cloth and securely fastened to the vehicle. When deciding on the size of the flag, keep in mind that it should be proportional to the size of the vehicle. It is not permitted to fly the flag upside down or in contact with the ground. When removing the flag from your car, you must fold it in a specific way so that it resembles a triangle. By following these rules, you can both support America and respect its symbols.

The Most Effective Way to Fly the Flag in Your Yard

The majority of people are accustomed to seeing the American flag flying in front of homes, businesses, and government buildings. But did you know that flying the flag is governed by a set of guidelines? The American flag should be handled and flown in accordance with the United States Flag Code. The flag, for example, should be flown from sunrise to sunset unless it is lit at night. When flying at half-staff, the flag must first be raised briefly to the peak before being lowered to half-staff. On Memorial Day, the flag should be lowered to half-staff before noon and raised to full-staff after that. When flown together, the American flag should be flown on the right (the flag’s own right) on a staff that is taller than the other flags. With a little knowledge and respect, we can all do our part to ensure that Old Glory flies proudly.

Many people regard the American flag as a symbol of patriotism and pride. As a result, knowing how to fly it correctly is critical. Unless at half-staff, the flag should be flown with the union (the blue field with stars) at the peak or top left. When hung from a window, the flag should be displayed on the same side as the building’s entrance or at eye level when hung from a wall. If you hang the flag outside, make sure it is protected from the elements and does not tangle with other items. The flag must never be used as decoration or placed on the ground. When flying the flag at night, it must be properly lit. When not in use, the flag should be stored in a clean, dry location. By following these simple rules, you can help to ensure that the American flag is treated with respect and dignity.

Flying a Flag in Front of a Government Building

According to the United States Flag Code, the American flag should be flown over a government structure with “honor and respect.” Unless the flag is flown at half-staff, it should be placed in the center and the highest point of the building. When raised on a staff in front of a government building, the flag should be surrounded by flags of other countries. If displayed indoors, the flag should be hung on a wall behind a podium or hoisted from a staff. The regulation also states that if the flag is flown at night, it must be lit, and it must never touch the ground or be used as decoration. By following these simple rules, we can ensure that the American flag is always treated with the respect it deserves.

How to Raise the American Flag at a Memorial Service

Funerals are solemn occasions at which an American flag is frequently flown. There are a few rules that must be followed when displaying the flag in order to honor the departed and their families. The union, which is the blue portion of the flag with stars, should be flown at half-mast and placed at the top of the flagpole. If the deceased was a veteran, the flag may also be draped over the casket. A member of the honor guard should carry the flag during the funeral procession and raise it to full mast once the procession arrives at the cemetery. By following these guidelines, you can help to ensure that the American flag is flown honorably during a funeral.

How to Get Rid of an American Flag

The American flag is revered by millions of Americans as a symbol of liberty and democracy. When a flag is worn out or damaged, it must be properly disposed of. Although there are several methods for removing a flag, burning it is the most common. Flag-burning ceremonies are frequently held by organizations such as the Boy Scouts and the Veterans of Foreign Wars. If you choose to burn the flag, please do so in a responsible and dignified manner. To begin, determine whether the flag is made of natural materials such as cotton or wool. If the flag is made of man-made materials, it should be buried rather than destroyed. Find a large open area away from any structures or other combustible items. Make a small fire in the desired location, then place the flag on top of it. Let the fire burn as long as the flag is burning. After properly disposing of the flag, take a moment to reflect on what it represents and what it means to be an American.

When Should the American Flag Be Taken Down From Full Mast?

There are a few instances where flying the American flag is considered inappropriate. For example, unless the flag is all-weather, it should not be flown in inclement weather. Furthermore, flying the flag at night without a light on it is considered disrespectful. The flag should not touch the ground or become entangled in any plants, trees, or other structures. When the flag can no longer be used, it should be properly destroyed, such as by burning. These are just a few examples of when flying the American flag may not be appropriate. In general, when flying the flag, it is best to err on the side of caution and respect.

Folding a Flag at a Funeral

The flag is draped over the coffin as a mark of respect and honor at a funeral for a member of the armed forces. The flag is expertly folded and given to the family following the service. Although folding the flag can look difficult, it is really rather easy. The flag is initially folded in half lengthwise. The triangle is then formed by folding the lower corner up to meet the top border. Until the entire flag is neatly folded into a triangle, the operation is repeated. The triangle is then again folded in half to form a compact rectangle that is simple to carry or display. We may honor those who have served our nation by taking the time to fold the flag properly.

To find out more about flying a flag to show your patriotism,  click here.

Rebecca Duncan
2022-11-03
Previous Post: Information About the AR-15 Rifle That Is Critical
Next Post: Bedroom Furniture to Buy During Online Furniture Sales in Singapore 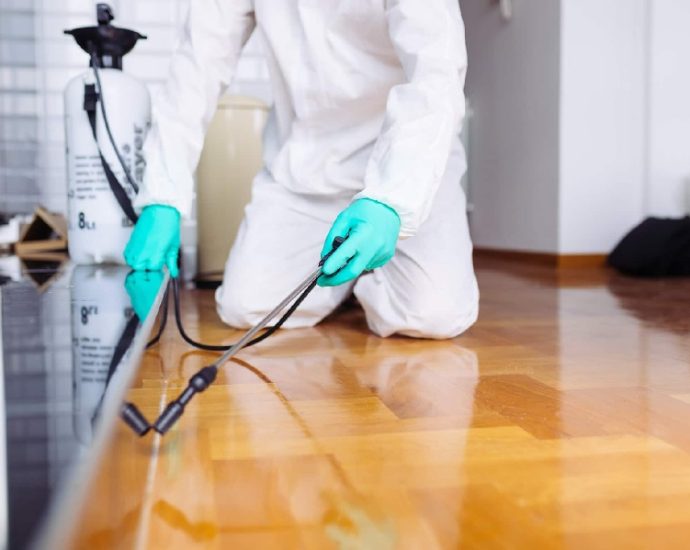 What to Expect from an Annual Pest Control Treatment

Having an annual pest control treatment is a great way to make sure your home is safe from pests. While the pests may not always seem like a big problem, they can cause a lot of damage and can also cause health problems. It’s important to have an annual pest 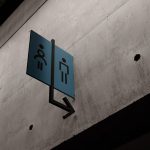 A Comprehensive Overview of the Various Concrete Sawing Services Available

Advice for Every Parent on Preparing Their Child for College